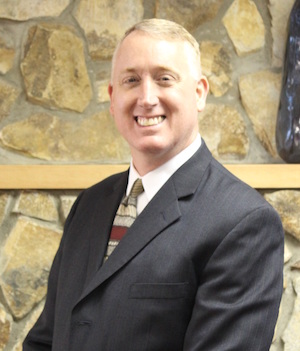 considers it an honor and privilege to serve the Lord as the pastor of Emmanuel Baptist Church.

He was raised in the Foothills of North Carolina and attended church every week with his mother and brothers though he was not saved until later in life. He was saved in October 1994 in Gastonia, NC after realizing he had lived a religious life but had never trusted Christ as his Savior. Within a year, the Lord called him into the ministry and he answered the call. Pastor Correll became a Youth Pastor in September of 1997 at Victory Hill Baptist Church in Dallas, NC. Through the years he was an associate, interim and senior pastor at other churches before coming to Emmanuel Baptist in 2005.

On Mother’s Day 2005, he preached at Emmanuel and the Lord knit our hearts and on July 7, 2005 the church voted him as the Pastor. The church was averaging less than 100 people in 2005 but the Lord has blessed and the church has grown to almost 400 in attendance.

Our pastor enjoys preaching Bible-based, heart-felt messages in every service at Emmanuel. He looks forward to seeing what the Lord has in store for him and the church over the coming years.

Pastor Correll is married to his college sweetheart Robin. They have been married 25 years and have three wonderful children. Joshua, Lindsay, and Caleb are Pastor and Robins blessings from the Lord. Robin is the church pianist, ladies ministry director, and Sunday school teacher. Lindsay and Caleb are pianists and enjoy playing specials and offertory in church. Joshua is a special young man and brings joy to the whole church.

He and his family extend a warm welcome to you and your family to come and visit with them at Emmanuel Baptist Church.